The 13-day scuba diving program is organized on the beautiful island of Nosy Be in Madagascar, in the rich waters of the Indian Ocean. The program  includes daily diving sessions and several snorkeling activities during the dives. Discover the colorful marine life of Nosy-Be and other islets. Admire the underwater world with its unique creatures, swim with giant green turtles and dolphins and marvel at the magnificent whale-sharks and humpback whales when they are around. The warm waters of Nosy Be offer great ocean diversity. This is an unpolluted environment, where marine life develops quietly and is well preserved. The area shelters healthy coral species, and a full range of tropical reef fauna, from microscopic life to cetaceans. Diving in the bay of Nosy Be is simple and easily accessible. Most of the time, there are no waves or strong current. The calm reef environment is perfect for observing the underwater world. You will be guided by experienced instructors who know very well the sites and the environment. This tour is well suited for both experienced divers and beginners, as one can choose from the multitude of sites (over 45), with shallower water (Tanikely and Sakatia) or a greater depth (18-20m). For first timers, baptism and training can be arranged. Stay in charming boutique hotels and discover the wonders of the blue ocean.

International flights are not included in the package price. We give you the freedom to book the flights yourself, use miles and choose your preferred airline, and if you are stuck we can help you find the right connections. Return flights to Madagascar start from £1000 per person, depending on the connections and time of the year. Fly to Antananarivo (TNR) and take a domestic flight to Nosy Be (NOS). A few airlines have direct flights into Nosy Be from abroad. We can book domestic flights in Madagascar.

Send us a message on WhatsApp or email us at madagascar@boutiquetravelexperts.com to check availability, discuss your preferences and get a quote.

This is a sample itinerary and prices are correct at the time of writing. We can tailor it to suit your plans by changing the length of the trip or the order of activities. More days can be added. Other hotels can be chosen, according to your liking. You can also combine this trip with other sights in Madagascar. For more travel inspiration check these itineraries.

Visibility is between 10-30+, but this is depending on the weather. The rainy season in Nosy Be is between January and March when the visibility will decrease and most of dive centers are closed. July and August is the coldest month with water temperature around 25°C. The hottest time is November to April with water temperature around 30-32°C. You won’t need a wet-suit which is more than a 3 mm thick.

During the windy season – July to September – it can be pretty windy and the sea is rough. During the Equinox the tide currents can be strong.

Today you will arrive in Nosy Be. You will be met at the airport and transferred to your hotel. Take this day to balance off the fatigue from the long flight with a good meal and fresh tropical drinks. The bay of Nosy Be is always calm, being protected from the winds. Thanks to a current from Indonesia which bringing eggs from the Pacific Ocean, the reefs are extremely rich in macro life. There is an exciting universe waiting for you under the surface of the water. Today you will meet your diving instructors to plan your activities for the next days. Enjoy the evening with live music. Overnight at … 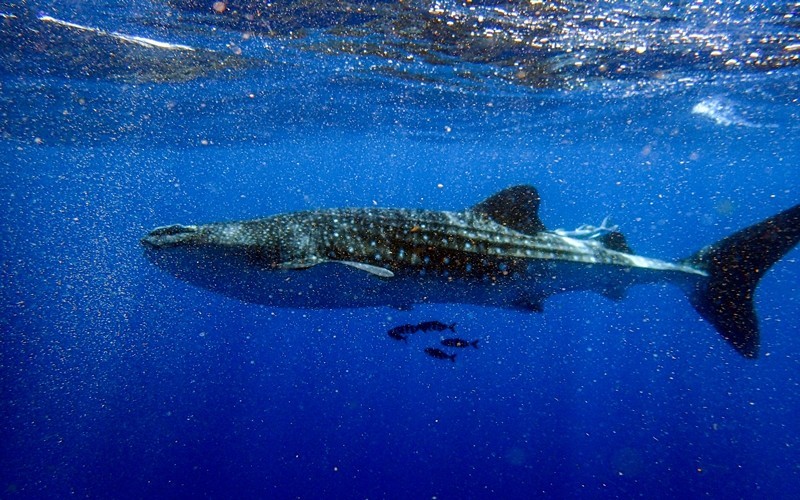 Today you will have two dives at Nosy Tanikely National Marine Park, a protected natural aquarium, suitable for divers of all levels (from 3 to 23 m). This is the most famous and popular dive site in the area. Discover the stunning colourful underwater ecosystems with huge gorgorian seafans (3m wide!), sheltering a great range of coral and reef fish, hawksbills turtles, big groupers, wahoos (Spanish Mackerel) and jacks, as well as big shoals of snappers, fusiliers, damsel fish and more. You can also see schools of barracudas, crocodile fish, leopard sharks and black tip reef sharks. In the right season one can see manta rays. Lots of macro can also be seen, nudibranchs lie everywhere. Overnight at …

If you enjoy wreck diving and watching large shoals of fish, today you have the chance to discover one of the nicest dive sites near Nosy Be, the Mitsio Wreck. Lying at 26-29 metres deep, this is the wreck of an old fishing boat which was deliberately sunk in 2007 is now covered with coral and is home to marine creatures. It created an incredible concentration of fish inside and outside of itself. Huge shoals of mackerelsthan sardines and fusiliers, walls of yellow snappers, lion fishes, scorpion fishes, stone fish.moray eels, groupers, nudibranches, crocodile fish, shoals of jacks and barracudas, schools of batfishes and more. Overnight at …

Today you will have an easy drift dive at the Rosario plateau (14-19), a large pretty plateau with impressive fields of big sea fans, and thousands of colourful small coral pinnacles, hiding an amazing profusion of small reef life, like scorpion leaf fish, stone fish, crocodile fish, nudibranchs, and large schools of fish. The steep slopes are pierced with caves covered with alcyonnaires, fans corals, home of hawkfish, fry, shrimp. One can meet predators such as king mackerel, trevally, tuna, and sometimes sharks. Rosario is well known for its whale shark encounters in October and November. Overnight at …

20m-43m: In terms of landscape, this is the most beautiful dive-spot in Nosy Be. Not particularly well-stocked with fish, but the landscape – a canyon filled with enormous gorgones – is superb. A magical experience!

Sugar Loaf: a huge coral rock, this site is by far the most colourful of all the sites in the area. One has the impression that an artist has painted the wall. A multitude of smaller fish, and a really beautiful dive. Overnight at …

Today you will have two dives between the island of Sakatia and Nosy Be in calm waters which are practically currentless. The reefs can be seen from the surface (6-9m) and deeper dropping (20-23 m) are perfect for experienced divers. One can easily observe the leaf scorpion fish, ghost, seahorse, pegasus, rhinopias, or nudibranchs and other macro. Some predators such as the king mackerel and trevally are often passing through. Between the dives you can snorkel in the sheltered sites with shallow water, very rich in corals and fish. A large seagrass bed borders the island of Sakatia, attracting many giant hawksbill green turtles (300 kg) that come to feed at high tide and scratch their shells on the reef at low tide. Later on take a second dive at one of the reefs just off Sakatia island: Chameau, Louis, Ankora or the Arch. These sites are reputed for their variety of marine life. Gorgeous corals and prolific fish: jacks, wahoos, angel fish, crocodile fish, blue spotted sting rays, nudibranch, leaf fish, scorpion fish, friendly titan trigger fish, and sometimes white tip sharks. Overnight at …

Today embark on board of a traditional sailing dugout and navigate to Nosy Fanihy. This is a paradise-like small uninhabited island with white sand, lush vegetation and many birds, which only a few people get to see. It is considered sacred by the local people. You will feel like Robinson Crusoe here. The clear translucent waters are perfect for snorkeling and diving. You will plunge twice. In the meantime, a chef will prepare a delicious tropical lunch on the beach – barbecue fish, coconut rice and seasonal fruits. You will be delighted by the fresh meal and the relaxing atmosphere, away from the buzz of the world. In the afternoon, return to Nosy Be and spend the rest of the day at leisure. Overnight at …

In the morning you will dive at a very particuliar reef, Banc des Gorgones, that has a spectacular series of big sea fans and coral formations, offering an unrealistic scenery. Blue spotted sting rays, crocodile fish, stone fish, trumpet fish, pipe ghost fish, nudibranches, cleaner shrimps, etc. The spot is also known for its schools of snappers and its huge resident green turtles. In the afternoon you will dive at one of the best diving sites around Nosy Be, the Abyss Aliochat. It is a fantastic field of fan corals, located 40 minutes away from the shore by speed boat. It is best visited when the tide is rising. This will be a short dive to observe the depth of the drop-off, as the wall descends from 35 to over 60 metres. The wall hosts beautiful fan corals. Here you will come across humphead parrotfish, jackfish, tunafish and more. There is a chance to see huge stingrays and leopard eagle rays. It is not particularly abundant in fish but there is good visibility. Overnight at …

For experienced divers, today we recommend discovering the Shark Point and the Canyon. In the morning you will dive at the 3 enormous coral blocks located at the bottom of the drop-off facing the Mozambique channel. They have created a very special landscape, with canyons around the blocks, covered with series of amazing giant sea fans. Among all of Nosy Be dive sites, it is unique in its topography and its breathtaking scenery. In the afternoon you will be diving on the drop-off facing the Mozambique channel offers where one can see grey reef sharks, white tip reef sharks, and sometimes hammerheads. It’s a wonderful dive along the drop-off, with big shoals of snappers and fusiliers, and occasionnally wahoos and yellow fin tunas. Overnight at …

This spot is located quite a long way from Nosy-Be; visibility can be average, but the spot is fantastic! There are countless numbers of fish and an amazing coral reef – no other site has such a variety and density of colourful corals and outsized sponges. The only problem is that there are so many fish, it is difficult to admire the reef ! Overnight at …

Today you will depart to Nosy Iranja (1,5 hours from Nosy Be). This is by far one of the most beautiful places in Madagascar. Diving in Nosy Iranja offers several beautiful sites teeming with fish like leopard sharks, grey sharks, white tip sharks, tunas, tazarsis, Spanish Mackerels, barracudas, as well as with other smaller forms of marine life like nudibranchs and more. For experience divers we recommend discovering South Canyon Drop off and Gaby Rock (drop-off 40-70m). There is the possibility to see sharks.

Today you will also experience a night dive. You will dive with a white or blue light shortly after sunset to observe the animals that are usually only active at night. While diving at night, you can see the fluorescence emitted by animals and the marine vegetations. There is no need to go deep, the most interesting is to observe on the reef and along the drop off. The species that come out at night ate the crustaceans, shellfish, squid and more. Overnight at … 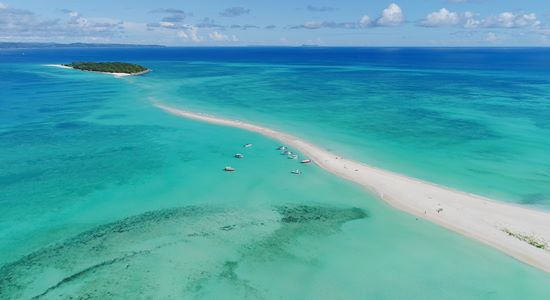 Today spend the time outside of the water, discovering the beautify of Nosy Iranja. After breakfast sail for about 1h to Nosy Iranja – home to hawksbill turtles. Enjoy the views over the exceptional setting of two green islands connected by a sandbar white. Walk on the island and see the turtles laying eggs, visit the lighthouse, swim in the waters with dolphins, whales and Unicorn fish and Parrotfish! Nosy Iranja is a great place to immerse yourself in nature. Take the lunch on board. Later on, sail back to Nosy Be. Overnight at … 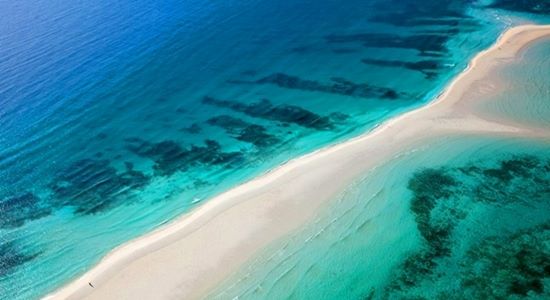 Today is the farewell day. According to your flight schedule, you will be transferred to the Fascene Airport (NOS) for your onward flight. 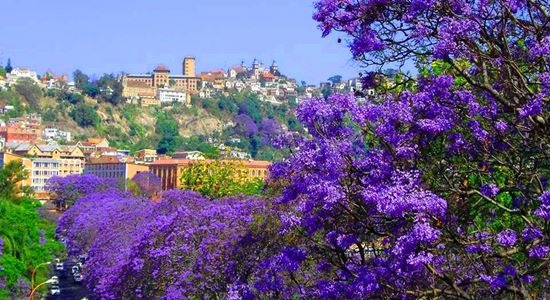